The fact that music can act as a multi-purpose tool is widely accepted, as it can actually address identity and emotional needs in developmental stages in young people resulting in a change of perceptions of different aspects of life. This study aimed at measuring the level of impact that song lyrics may have on perceptions, through emotions, and identity patterns. A Likert-scale-based questionnaire and several dichotomous questions responded by 280 university students, underscored that perceptions and the sense of identity were in fact highly influenced by music lyrics.

It is extensively accepted that music is a form of expression and a way to produce feelings and emotions in people and can be used to change perceptions, which could actually enhance relationships and improve quality of life. Besides, song lyrics reflect social beliefs and attitudes. Considering the current crisis of values in younger generations (Sortheix et al., 2017) and the fact that music lyrics reflect moods and perceptions, music could then be an instrument to change those, through emotions, and reinforce identity patterns.

The multi-purpose value of music includes mood regulation (Saarikallio & Erkkilä, 2007) and identity formation (Bogt et al., 2010), among others, and has ability to change attitudes and build respect for the surrounding world. In a highly interconnected world, a popular activity such as music can bring positive outcomes should meaningful lyrics are properly employed.

Thus, the research question posed is: Can music lyrics positively influence perceptions and the sense of identity in young people? 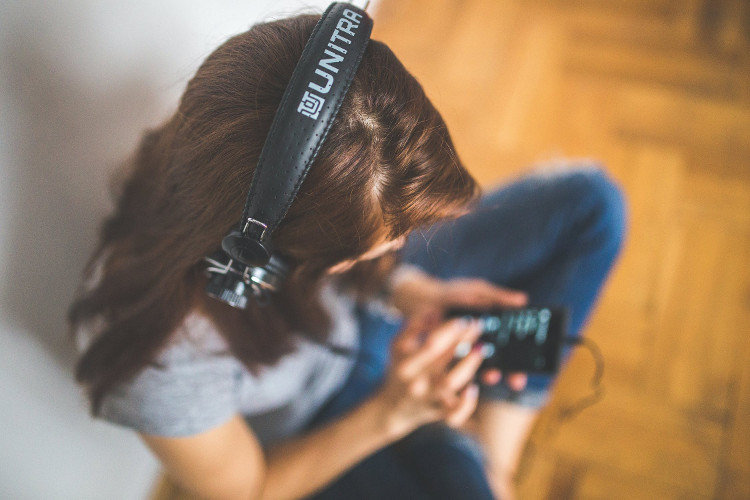 Music is a constant factor in humans from the moment of birth. It is an entertaining activity that can provide a sense of belonging, identity and can enhance perceptions and feelings (Rentfrow & Gosling, 2003; Napier & Shamir, 2018). The close relationship between music and young people becomes the perfect scenario to regulate moods and emotions (Taruffi & Koelsch, 2014).

As claimed by Koenig et al. (2007), in general terms, music facilitates common ground for young people to share experiences and reinforce their personality, as music means expression and expression is paramount for human communication. Besides, music is a social bonding component (Nicolás & Azorín (2013) that can then materialise in positive actions and behaviour.

According to Roberts et al. (2009) the music industry is fully aware of the relevant amount of time and money young people spend on music, as it is an activity easily accessible and highly entertaining. On average, over 10,000 hours of active music is being listened to in adolescence years alone (Roberts et al., 2009). Surveys carried out around the globe confirm that listening to music is on the increase (Kokkidou & Tsakiridou, 2009), assisted by globalisation and new technological devices. On their part, Christenson and Roberts (1998) assert that themes referred to by music lyrics actually make a relevant difference for the expression of ideas and feelings, among other aspects. Some of the reasons to find music consoling and entertaining is the power it has to enhance emotions and lay ground for personal identity (Schäfer et al., 2013; Bogt et al., 2011). An intimate relationship then is formed between music and young people when moods and emotions are involved (Taruffi & Koelsch, 2014). 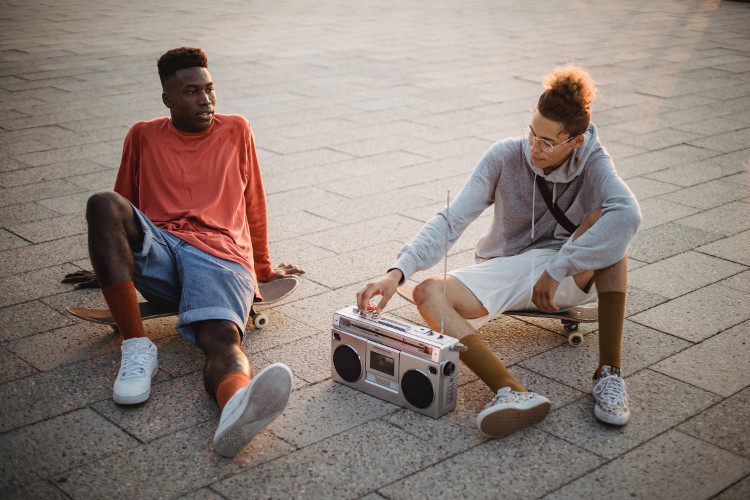 The hypothesis for this construct is:

It is vastly known that emotions can activate different perceptions, especially when individuals are undergoing changes in personality (Koenig et al., 2007; Maslow, 1954), as it is the case of young people, therefore, attribution of personal meaning to lyrics comes from perception of different artists and other peers (Bogt et al., 2011). Besides, emotions created by music, as stated by (Sloboda & Juslin, 2001), can affect individuals both physically, for instance in pulse rate or skin conductance (Ménard et al., 2015), and psychologically, in the way that music lyrics, the same as films or video games can influence those exposed to it (Coyne et al., 2011), as media messages have been proven to influence perceptions, standards and beliefs (Bussey & Bandura, 1999). Consequently, music can affect the identity patterns by following emotional states (Hariri et al., 2000) that will be reflected in actions and values towards ourselves and other peers. 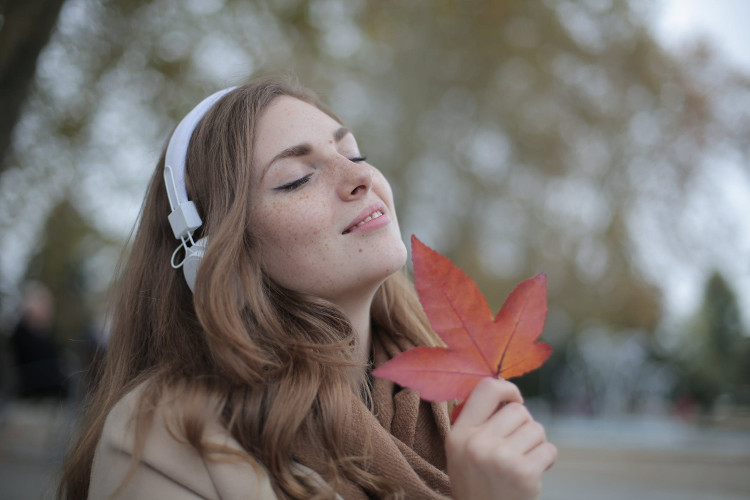 The hypothesis for this construct is:

A study by the Lawrence Technological University revealed a significant change in song lyrics over the last few years, in the sense that they reflect more feelings of sadness or anger and they seem to have left the feeling of happiness behind (Napier & Shamir, 2018). Young people quickly engage with music and, as stated by Sánchez González (2020), the magnetism of music for young people encourages active participation in any field. Besides, “Music’s consoling effects were reported as resulting particularly from the sound and texture of the music itself, from attribution of personal meaning to music’s lyrics, and, to a lesser extent, from perceptions of closeness to artists and other listeners” (Bogt et al., 2011, p. 147) 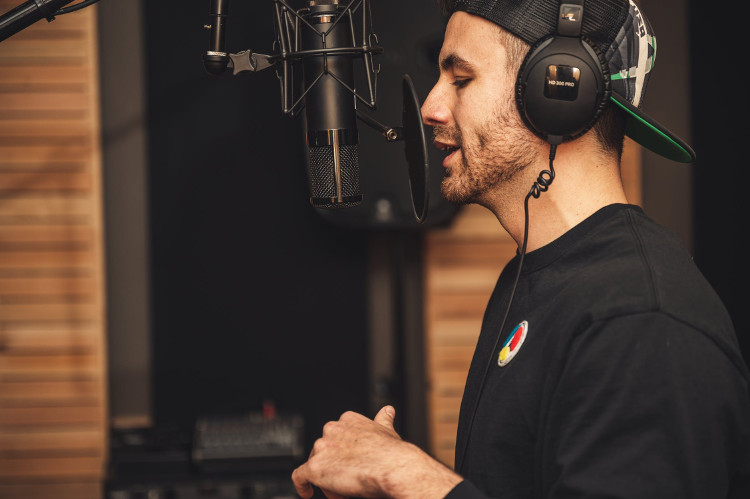 The hypotheses for this construct are:

H1: Song lyrics today (SLT) have an impact on the influence perceptions and identity in young people (IPIYP) and

H2: Music and emotions in young people (MEYP) have an impact on song lyrics today (SLT).

Influence in perceptions and sense of identity in young people (IPIYP)

The understanding of messages and meaning by means of music, which is linked to emotions, can stimulate learning (Do and Schallert, (2004), which in turn would have an impact on perceptions of people. These perceptions built from personal enriching experiences with music would turn into norm activation (Steg & de Groot, 2009), benefiting the surrounding world. Considering these statements, the following hypothesis can be formulated: 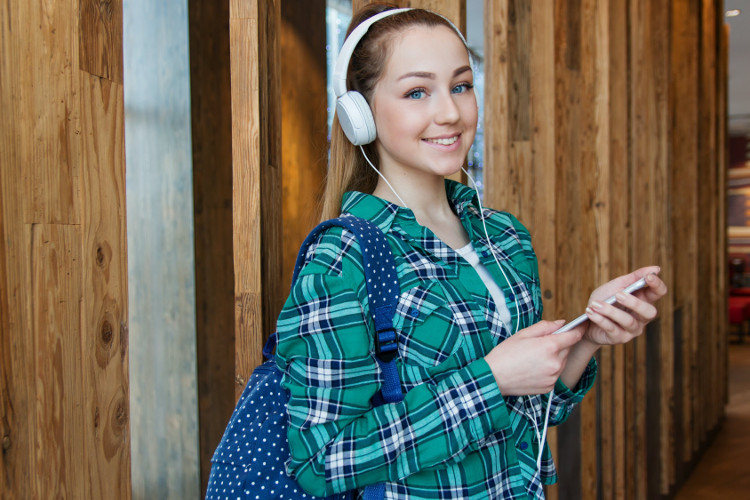 The main aim of this study was to find out the level of impact music lyrics have on perceptions of emotions and identity in young people; therefore, a series of tasks were first carried out to achieve that aim, including, literature review on ongoing general social changes caused by music, values nowadays, music preferences in young people and emotions during growth patterns. Also, a pilot questionnaire, given to 10 random students, was drafted and tested to ensure the suitability and understanding of the items proposed.

The variables Music and Identity (MI), Music and Perceptions (MP), Song Lyrics Today (SLT) and the Influence in Perceptions and sense of Identity in Young People (IPIYP) were drawn from the literature review (mainly papers, articles and books), with a parental/academic approach (see table 1).

Due to the characteristics of the study using tangibles as variables in the hypotheses, the quantitative method was chosen as it best fitted the nature of the research topic and size of the population sample. A simple structured questionnaire, as recommended by Hoinville and Jowell (1978), was used to ensure cooperation from the subjects. The questionnaire, based on The Likert-scale rating (1-5 response possibilities, being 1″strongly disagree” and 5 “strongly agree”) was used in order measure the degree of agreement or disagreement of the participants. Google forms was the application chosen to prepare the questionnaire, which was later sent by email to different university centres in Cáceres (Spain). The process took place in September of 2020 after receiving approval from academic boards. A total of 280 (n= 280) university duly responded. This type of participant was chosen mainly for the close connection young people have with music and trends of all sorts and the accessibility to music content they have through many a device. The research method chosen proved to be hassle-free and easily achievable.

The arrows in Figure 1 represent the path and emmerging process of the variables.

H1: Song lyrics today (SLT) have an impact on the influence perceptions and identity in young people (IPIYP).

H2: Music and emotions in young people (MEYP) have an impact on song lyrics today (SLT). 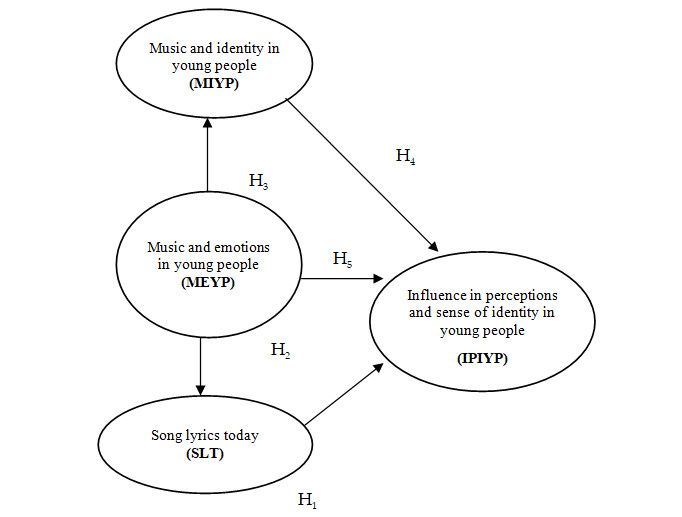 Data collected from responses was afterwards statistically analysed, assisted by Google questionnaires, and resulted in graphics, which were used for better understanding of numbers. Responses per item showing 50% and over indicate due embracement or acceptance of those.

Translation of question 1: “I feel identify with the lyrics of certain songs”.

Response 1: Figure 2 showcases significant percentages (Strongly agree 28.6% + Agree 43.6%= 72.20%) regarding the connection between song lyrics and the identity of the subjects. This corroborates the importance of lyrics (message) to feel identified.

Translation of question 2: “Song lyrics make me change the perception of certain aspects of life”.

Response 2: Regarding the change in perception of certain aspects of life as a consequence of listening to song lyrics is shown on the graphic. Percentages are also significant (Strongly agree 27.1% + Agree 45%= 72.1%). The correlation between music and emotions then leading to change in perceptions.

Translation of question 3: “I remember songs by their lyrics”.

Response 3: Figure 4 shows similar relevant percentages (Strongly agree 28.9% + Agree 43.9%= 72.8%) when subjects stated that songs were remembered by their lyrics. This result outlines the importance of meaningful lyrics to address issues of any nature.

Response 4: A very high number of participants agreed with this statement (269=96%).

Question 5: ¿Te motiva la música que te gusta a ser la persona que eres porque te sientes identificada con las letras? Translation “Does music you enjoy encourage you to be the person you are as you feel identified with the lyrics?”

Response 4: Once again, a relevant percentage of participants agreed (221=79%).

Although the materialisation of results requires a longer period of time to verify, these show similar perceptions are shared by a high percentage of subjects regarding the impact of music on their lives.

Results provided an affirmative answer to the research question, as music lyrics have proven to be of relevance for young people and can definitely have an impact on their perceptions and sense of identity due to its bonding characteristic (Nicolás & Azorín (2013).

Perceptions and identity, affected by song lyrics, are main factors in the life of a young person and will guide their attitude in society, therefore the impact of music is significant as shown by percentages, confirming corroboration of past research conclusions regarding same variables (Bogt et al., 2010; Taruffi & Koelsch, 2014; Napier & Shamir, 2018).

Music as a influencer for perceptions (Do & Schallert, 2004; Steg & de Groot, 2009) must not be ignored, but exploited in all fields of knowledge. Besides, moods portrayed in lyrics (Bogt et al., 2011; Napier & Shamir, 2018) clearly show different perceptions of life.

Awareness for parties involved in the study and the fact that this study backs up past research are theoretical implications, however in this case, there is a more positive focus approach to try to take advantage of an instrument that can help build strong lasting relations based on emotions and identity patterns (Koenig et al., 2007). As practical implications, music can be used at any academic level to reinforce involvement of people.

Regarding the strengths of the study, the easiness for replication and the availability of participants to collaborate as music is a topic that everybody generally enjoys.

The main limitation was not being able to interview participants or introduce them to the topic in person due to the effects of Covid-19 pandemic, however, thanks to new technologies, the whole process was carried out online by means of a link to the questionnaire. 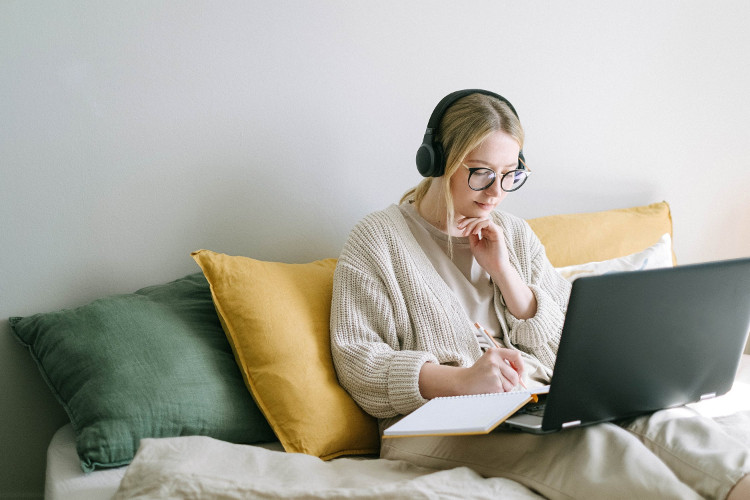 For future lines of research, it would be recommendable to further explore explicit lyrics and impact on young people´s social values and standards.

In summary, results answered the research question positively and supported the hypotheses previously posed, demonstrating a correlation among the variables. In addition, the heterogeneity of students and similarity of responses is an indicator of the power of music lyrics, which may become a general guideline for future studies with similar intangible variables.

Four main conclusions can be drawn from the study:

Kokkidou, M. & Tsakiridou, H. (2009). An investigation of the framework of relations among language, music, and the advertised product in television commercials. International Journal of Learning, 16 (4), pp. 133-144. Link